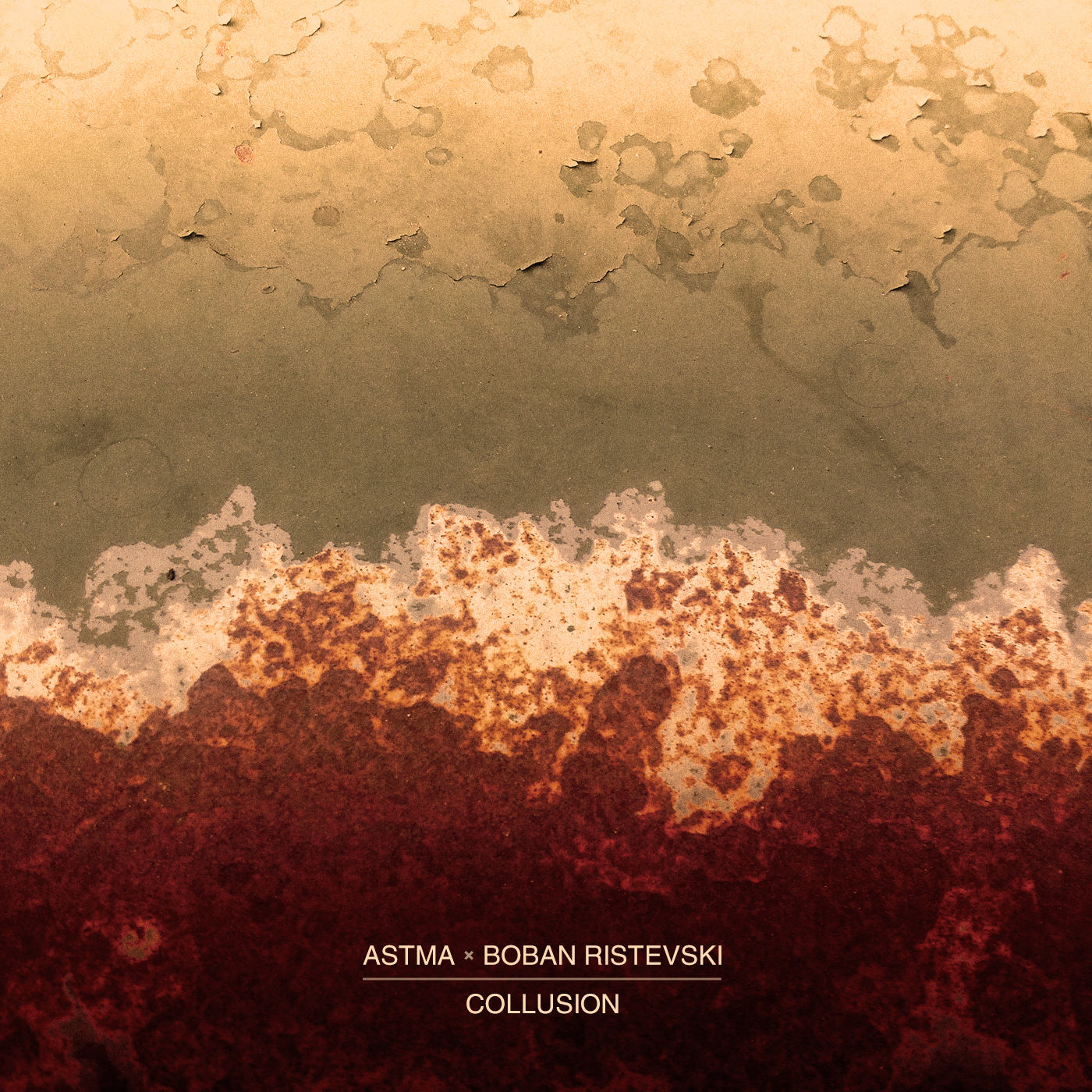 At Mahorka we have always strived to find and present (and even to induce and make happen) interesting collaborative projects with music that brings in something qualitatively new as approach and realization that makes it stand out in the ocean of sound. And that was the case that struck us when we got to hear the three fragments of "Collusion" between the Russian avant-garde / experimental / live improvisation duo ASTMA (Alexei Borisov, Olga Nosova) and ambient / drone artist Boban Ristevski from Macedonia. It is the non-musical (atonal and arhythmical) use of musical sounds/instruments and the musical use of non-musical electronic/machine sounds and field noises, all engaging in and disengaging from the integral electroacoustic ambient environments, realized through Alexei Borisov's co-mannipulation and fusion of Boban Ristevski's very own and known sounding ambient synth-work style sketches together with hand-picked bits, pieces, phrases, scenes and murmurs from ASTMA sessions (done at different places and times and in different contexts), that make this recording so special and unique.

Alexei Borisov is a musician, composer, sound-artist, producer, journalist and event organizer that lives and works in Moscow and one of the pioneers of the new wave/industrial/electronic/experimental/free improvisation music scene that emerged in beginning of the '80's there. Their duo with Olga Nosova (drummer and vocalist mostly known for her work with Moscow fusion band "Syncopated Silence") is one of the latest and most widely recognized projects to come out of that scene. ASTMA was formed in April 2009 as a collaborative project paying homage to both experimental tradition of Alexei's countless musical reincarnations and Olga's instrumental experience, embracing elements of weird free-form spoken-word psychedelia, acid-punk, live electronics, free jazz, noise, heavy acid, electroacoustics, dub and more. Highly improvisational by conception, naturally ASTMA is collaborating with and seamlessly incorporating various musicians, video-artists, dancers, performers and poets from around the world, both in live situations and in studio environment. ASTMA's first release on Mahorka was their live concert recording from North Carolina, back in 2011. After that they also appeared on the Music For Elevators vol.4 compilation.

Boban Ristevski's work is based on exploring mostly the ambient/drone and industrial/noise surfaces. With elements of minimalism / improvisation / experimentalism abstractions and creative use of field recordings his compositions are balancing between more structured forms and the improvised approach to music. He has been releasing music both under his real name and as his Lefterna alter-ego project, including the notable collaborations with Toni Dimitrov as Sound_00 + Lefterna. Boban has debuted on Mahorka with his track "Transcend into light" on the VA - Music For Elevators Vol.5 (Part 3).
released January 14, 2018